This planting in White Oaks Park took place at the north end of the Marr Drain–or, as it is better known, White Oaks Creek. A dedicated group of volunteers, consisting of local residents and London International Academy students, planted 558 native trees and shrubs!

In the early 1990’s, several tree plantings took place in White Oaks Park and White Oaks Optimist Park. These plantings were made up of trembling aspen, ash, and silver maple. White Oaks residents welcomed the new trees, and have enjoyed watching them grow over the years. Unfortunately, the ash trees were later damaged or killed by emerald ash borer infestation. At the same time, some of the trembling aspen (which are often planted as a “nurse” crop to help other trees establish) were beginning to fail.

To fix this, our volunteers planted native trees and shrubs to expand the woodlot and improve species diversity. The new trees included American Beech, Ironwood, and Sugar Maple.

“This was a very special project for me personally,” said Project Manager Amber Cantell “I grew up in this neighbourhood, and got to watch the trees in White Oaks Park and south along the creek grow. Seeing the changes it brought played an important part in making me want to pursue restoration ecology as an adult. When I was in high school, part of the planting to the south was burned down, but the UTRCA came back and replanted. Many of my classmates at the time asked “What’s the point?” fearing that it would just get burned again, but today it looks great. Every time I see it, it reminds me that persistence pays off.”

Many thanks to RBC, the City of London and all our fantastic volunteers for making this project possible! 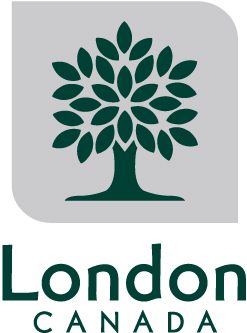