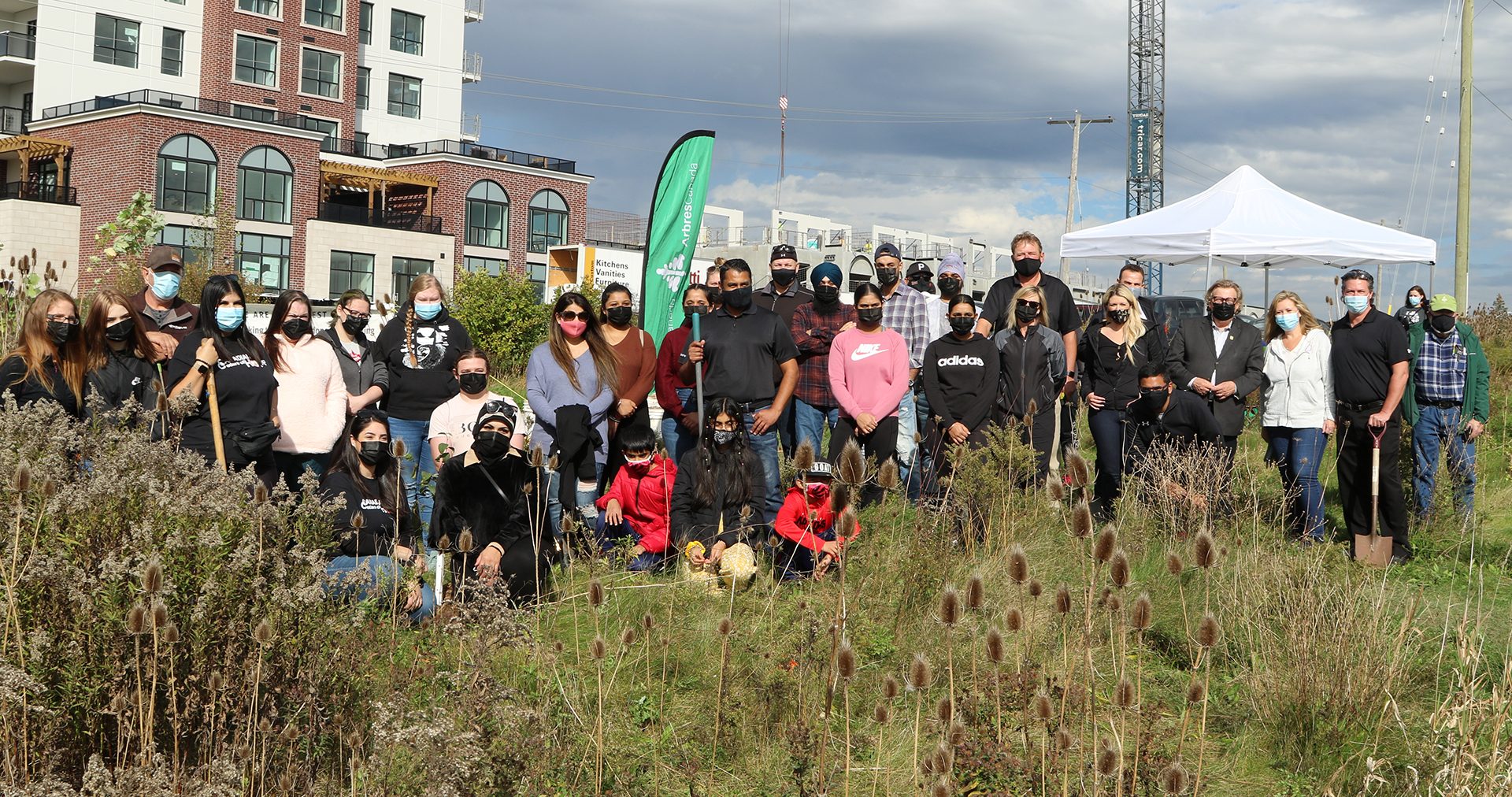 What does a Canadian burger chain have in common with tree planting? When it comes to Harvey’s, it turns out that the answer is far more than you might guess.

On Wednesday, October 20th, a dedicated team of staff members from several London Harvey’s franchises, joined by their friends and family members, came together with ReForest London to plant over 300 trees and shrubs near the storm water management pond on Sunningdale Road in London. A wide range of native tree and shrub species were planted, which will help create wildlife habitat, absorb and clean rainwater, and of course provide clean air for all.

Zarko Frkovic, franchisee of several of the London Harvey’s locations whose staff volunteered at the event, said, “Londoners have always supported Harvey’s, so we’re proud to be able to support Londoners and ReForest London in their quest to plant one million trees.”

This tree planting event was one part of the nationwide efforts that Harvey’s has been taking on to support Canada’s environment in their partnership with Tree Canada. David Colebrook, President of Harvey’s, was in attendance at the event and rolled up his sleeves to plant several trees with his fellow Harvey’s staff. He also spoke with us about these nationwide efforts.

“Harvey’s is on a sustainability journey,” Colebrook explained. “We support sustainable beef production in Canada, all of our packaging is now made from recycled materials, we changed our kid’s toy from plastic to a plant kit activity – so the obvious fit was to come up with a not-for-profit that we could partner with to help us on that sustainability journey. So we partnered with Tree Canada broadly and executed a program across Canada where we planted over 25,000 trees. Here in London, Zarko and Dave [Mosey] took it to the next level. They partnered with ReForest London and the Million Tree Challenge here in London and had an in-store fundraising program. They were our largest fundraisers across our system – they did a phenomenal job. When they said that they were doing this team event, I wanted to make sure that I came out and supported them and said congratulations to the team.”

Indeed, over the summer, London Harvey’s restaurants’ fundraising efforts resulted in over $10,000 being raised to support this large planting event within the city.

“This is a really important day for London, not just because 319 more trees are being planted in this area, but also because this is Londoners taking care of Londoners. This is London at its very best,” Mayor Holder said. “On behalf of City Council, I’d like to say that I’m very grateful for the work that Harvey’s has committed to, and the work that ReForest London has done in terms of undertaking the Million Tree Challenge. So I say bravo to ReForest London, and bravo to Harveys – they make London a beautiful thing.” – Mayor Ed Holder

Thank you, Harvey’s, for your incredible dedication to supporting our environment, both nationwide and right here in London. Thanks to your hard work, we’ve taken another big step toward our community’s goal of planting one million trees in the Forest City, making London a cleaner and greener place for all!