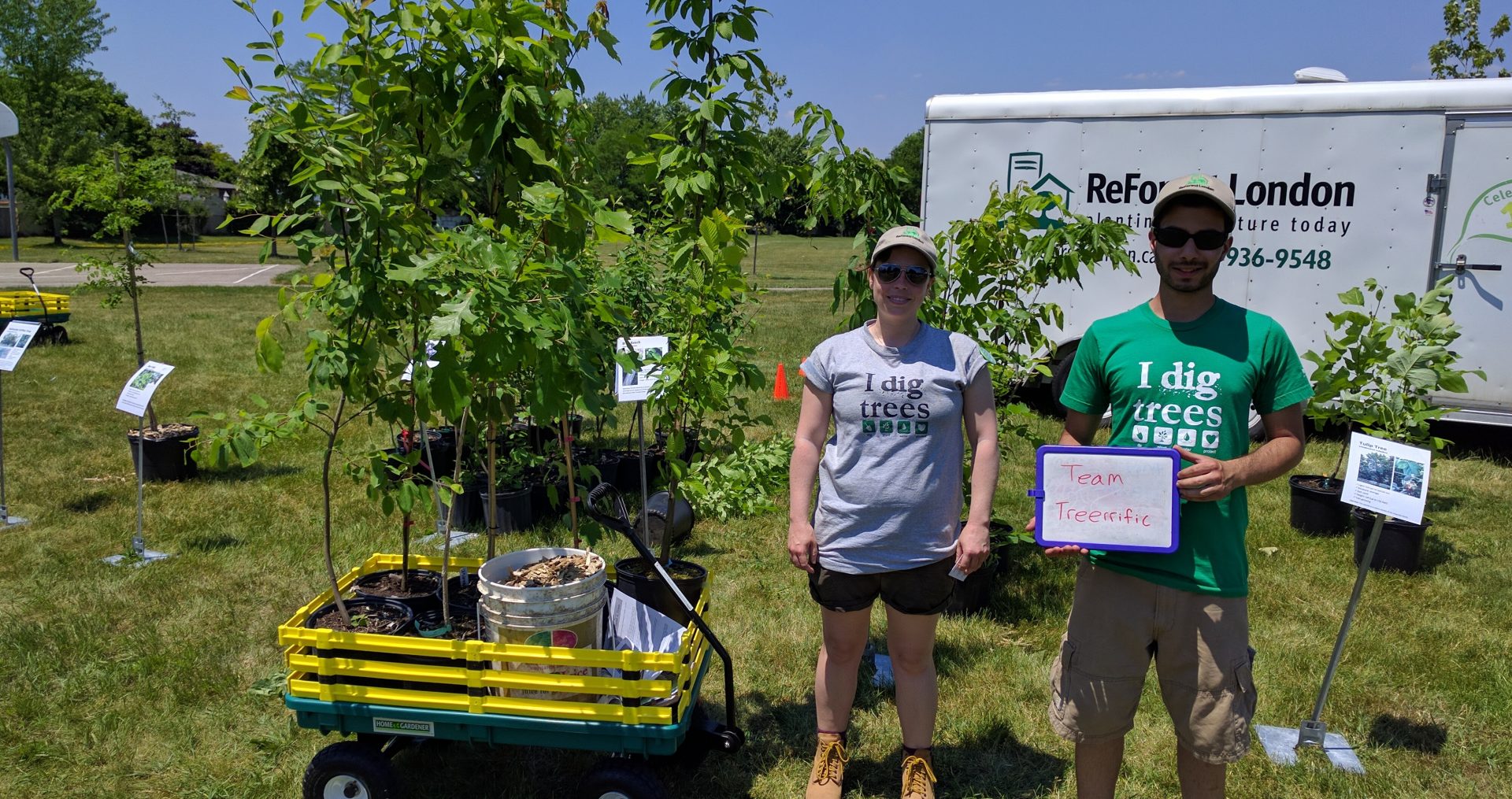 It was a hot, sunny day for ReForest London’s Millbank Neighbourhood Tree Blitz on June 19th. Despite it being Father’s Day, there were many people at the tree depot in Heritage Park right at 12:30. People were eager to load up a wagon with a new tree or two from the selection of 15 local species.

Maria Jakimouski said she chose the smooth serviceberry and the tulip tree because she likes the flowers. Evelyn Striegl, who lives down the street, had her sights set on an apple tree. “Trees are life,” said Striegl when asked about why trees are important.

The importance of trees for fresh air was a common sentiment in the neighbourhood. Saanzan Bari, a volunteer tree planter, said, “The country that I was born in, the air quality is really poor. I don’t really like the smoggy feel.” Although he’s a new volunteer, he’s already planted trees at five events this season.

For homeowner Paul Zappitelli, the Tree Blitz came at just the right time. “I was thinking of planting a tree this week,” he said happily. His front yard used to have a tree, but it had been removed by previous owners. He chose a red maple because “it’s Canadian” and said trees are important for the fresh air they provide.

Gail Copeland requested a red maple for the longer lifespan and the colour. Her backyard has several trees and shrubs, including one of particular sentimental significance—a large 15-year-old lilac given to her years ago by a woman she used to look after.

Overall, 115 trees were planted. This was the first Tree Blitz targeting a south-east London neighbourhood, which is among the 30% least leafy areas in London. On this bright day, the neighbourhood got a little bit shadier by adding more native trees to ensure London remains known as the Forest City.

Thank you to the Ontario Trillium Foundation, the Richard and Beryl Ivey, a fund within the London Community Foundation, TreeMe and the City of London  and KPMG for being lead funders on this project. 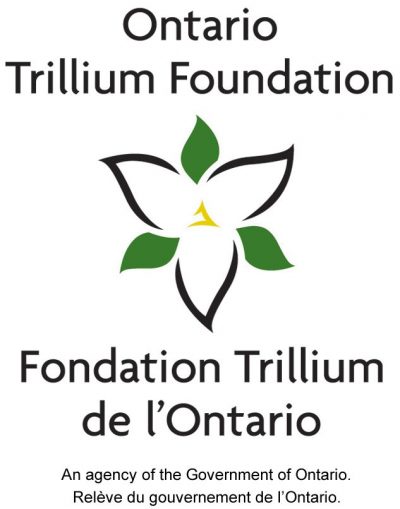